The past month has returned to normal levels of busy! Following up on the burnout mentioned in my last devlog post, I forced myself not to work on Unturned II for 5-6 days, instead catching up on other games and non-Unturned stuff. After that my focus went into 3.24.x.x which was released last week:

Among a lot of other big changes that update switched the 3.x release process over to Continuous Integration (CI) as a learning experience, and I'm looking forward to doing similar for 4 soon.

This past Monday I started back up adding tools for managing mods and uploading them: 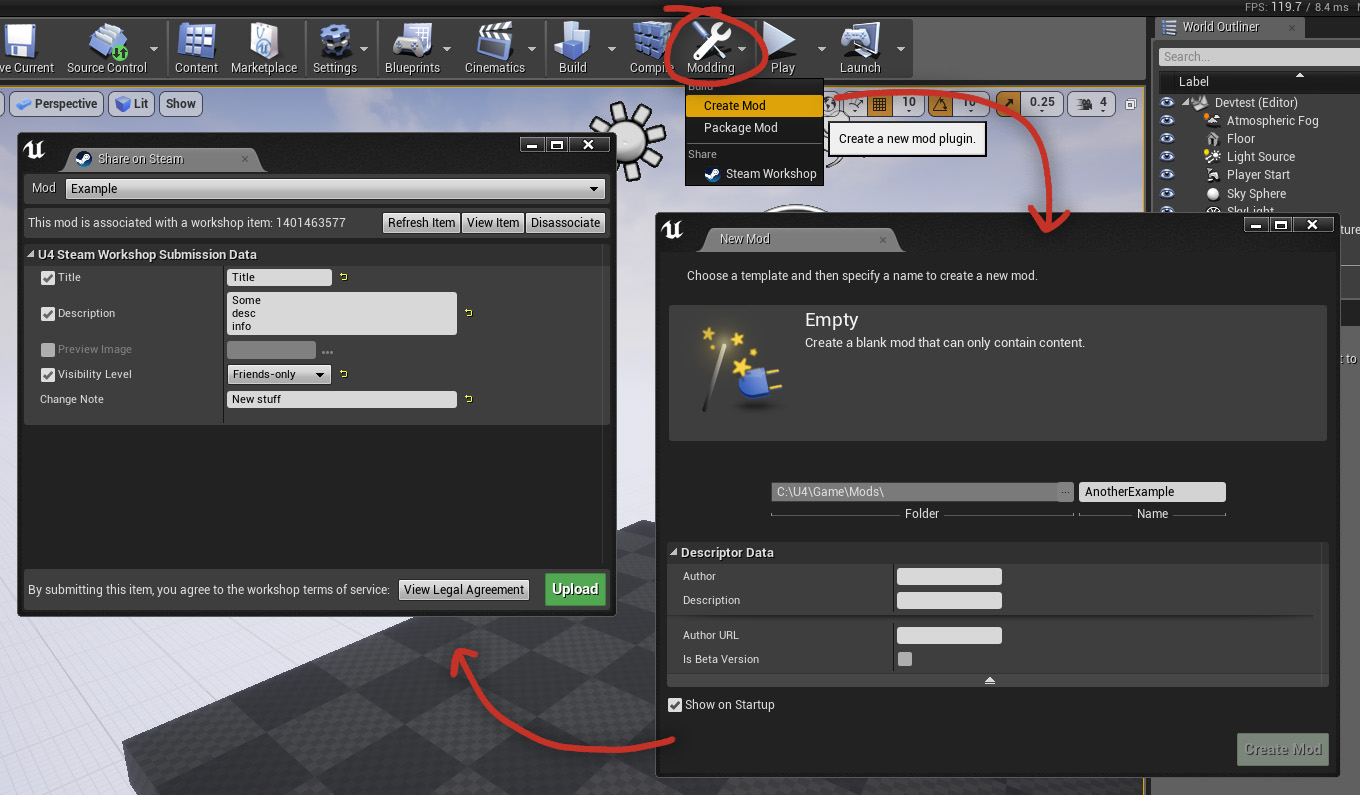 The idea being that a mod contains a collection of content similar to those on the 3.x workshop, and can be exported from the engine all at once rather than as individual bundles. These can contain blueprints and C++ modules as well, however I haven't experimented with that much so far. The upload process is easier than 3.x because it saves which workshop item was created for your mod, and you can toggle which fields you would like to change.

This took a bit longer to do than it might have usually, as it meant touching on some UE4 systems I didn't have experience with yet:

I tried a few different styles of roadmap, and this version is the one I think is most maintainable:

It shares a lot of items with the wishlist, but is more focused on the practical implementation of them, splitting them into individual updates and prioritizing their order. There are undoubtedly items missing, and I'll be continuing to adapt it to your feedback!

I'll be splitting my time between 3.x and Unturned II again, as there are quite a few important issues piling up for the next 3.x update, but after that I expect I'll be back to focusing on Unturned II and the cards marked Priority for a while.