Lots of news to report! I didn't realize it had been so long since the last post.

Once again a disclaimer upfront: These assets are work-in-progress and nothing’s off the table to improve. Keeping that in mind please share your feedback and suggestions!

Most recently in preparation for the first test map (a-la 3.0's Devtest) I've been experimenting with the world art style, and creating some of the first props: 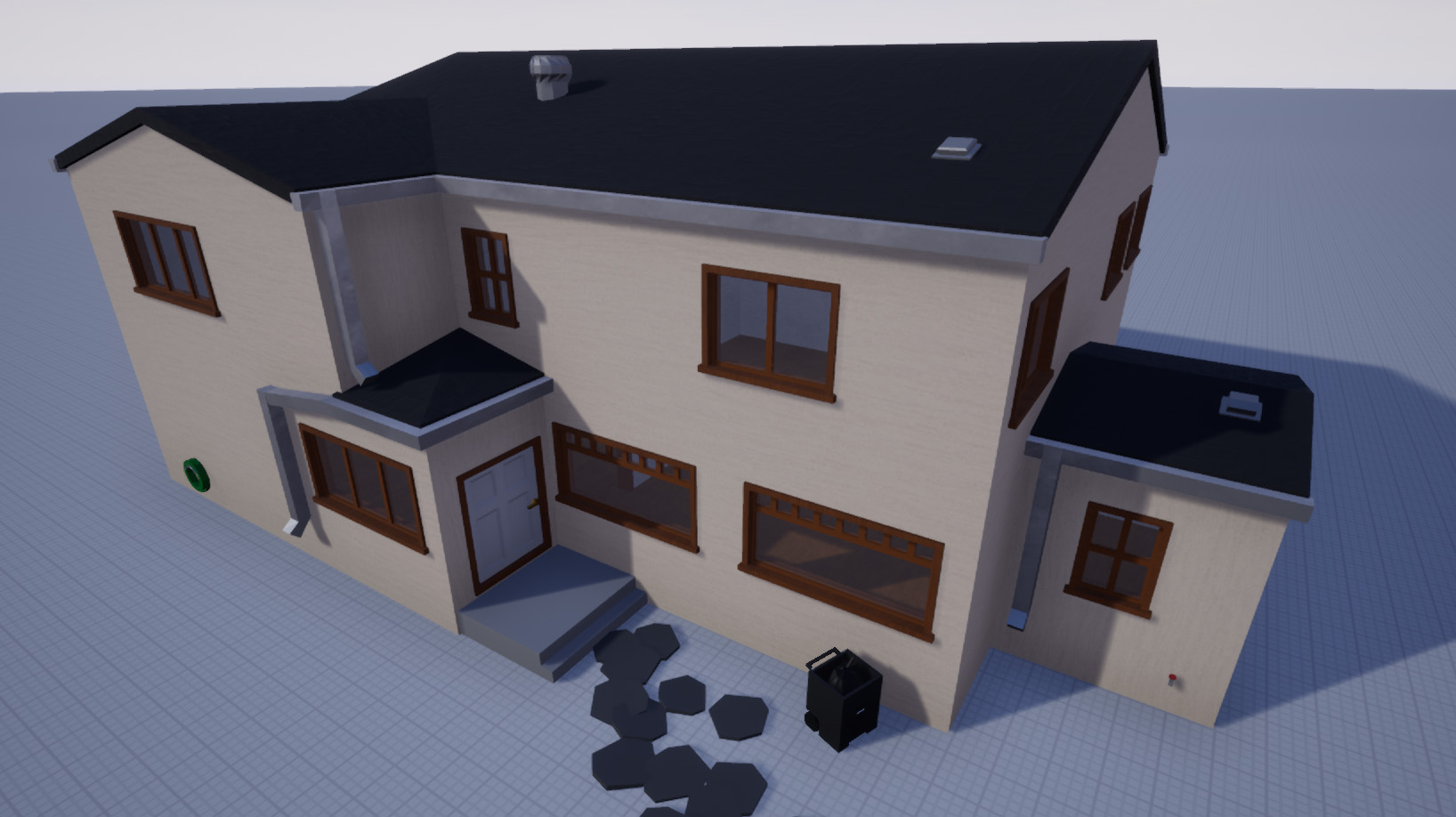 Houses will finally have windows and doors! 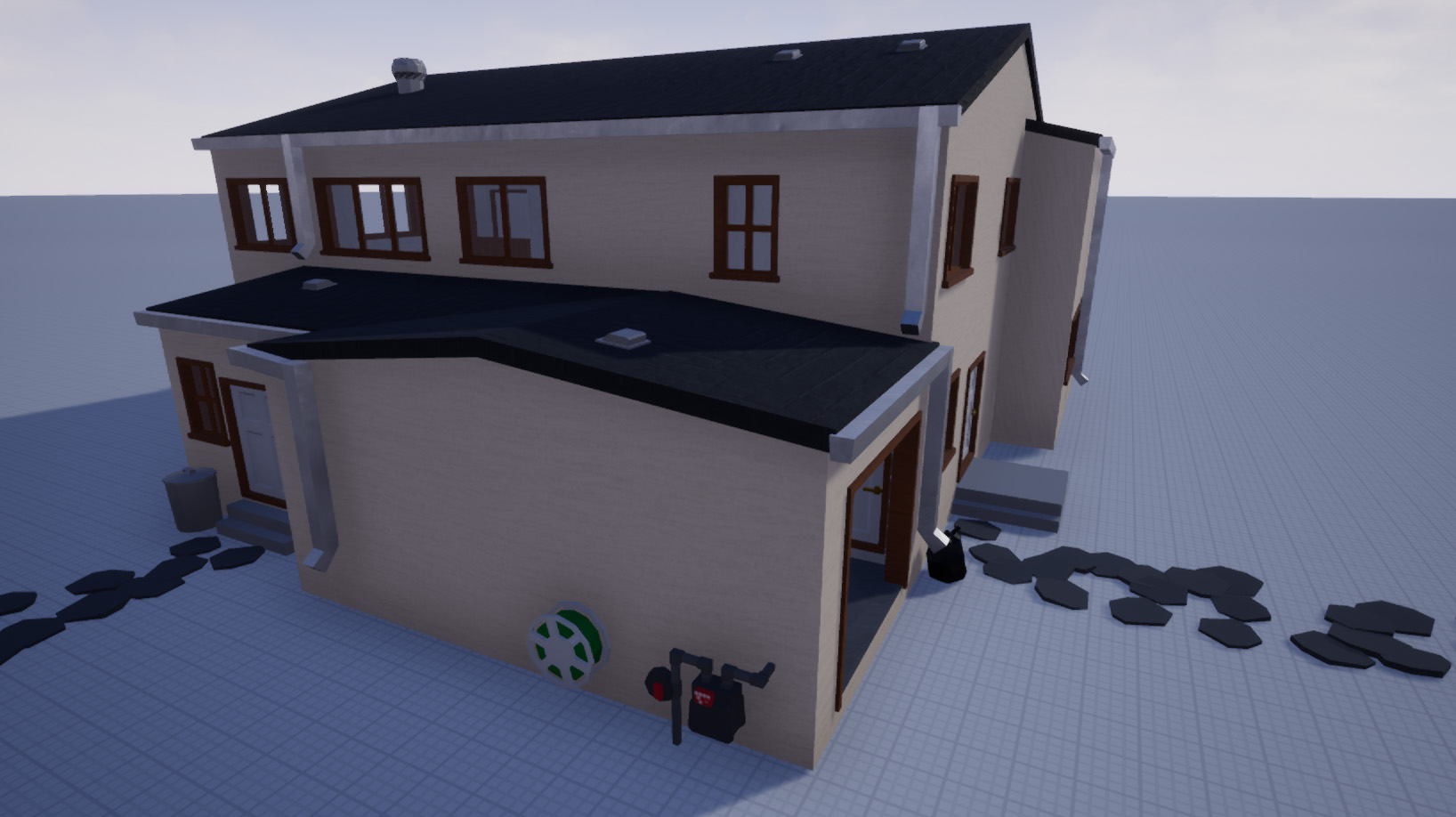 My goals here are to improve the level of detail, while staying within the art style and improving performance. You may be able to notice some slight texture to these large surfaces, and smaller detailing such as hose nozzles.

With the beta on the horizon I've been starting to prepare! Right now the plan is to make it available freely in a separate download from your Steam library, rather than as a beta branch for 3.x. Feature-wise I think we're getting close, so my next focus is populating a simple map. I would also like to have the mod tools available from day #1 of the beta, and have been taking the first steps with EPIC (developers of Unreal Engine 4) to make it available through their launcher, as well as working on documentation. There seems to be some concern in the community that the modding and plugin potential will be lessened compared to 3, but the opposite is true: all kinds of awesome stuff will now be possible such as custom item functionality, modded vehicle types, custom game modes, etc.

Regarding the devlog I've been hesitant to make frequent posts when a lot of the details may be boring, such as last week I primarily worked on optimizations and automated testing. Do you think you would be interested in a weekly devlog, however? Next week I'll probably have significant progress on the map to showcase.

In an effort to reduce bugs in Unturned II patches I've also been working on Unit and Functional tests which serve to automatically ensure the game works as intended. For example there's a test which spawns a dummy player and a gun, and makes sure that when the gun shoots it properly damages the player - hopefully meaning there won't be bugs in those systems. 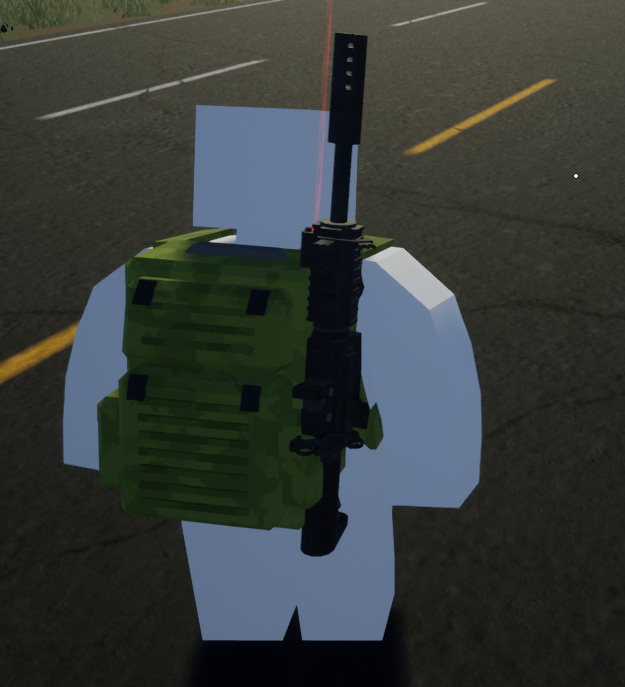 Wearable items with storage can be marked to support a certain number of featured holstered items. This is the replacement for 3.x's primary and secondary weapon feature that showed on your back. In this screenshot the rifle is holstered to the rucksack and rattles around with it, but this feature will also be used for example to show pistols in a hip holster, magazines in a chest rig, or a sleeping back on top of a backpack. 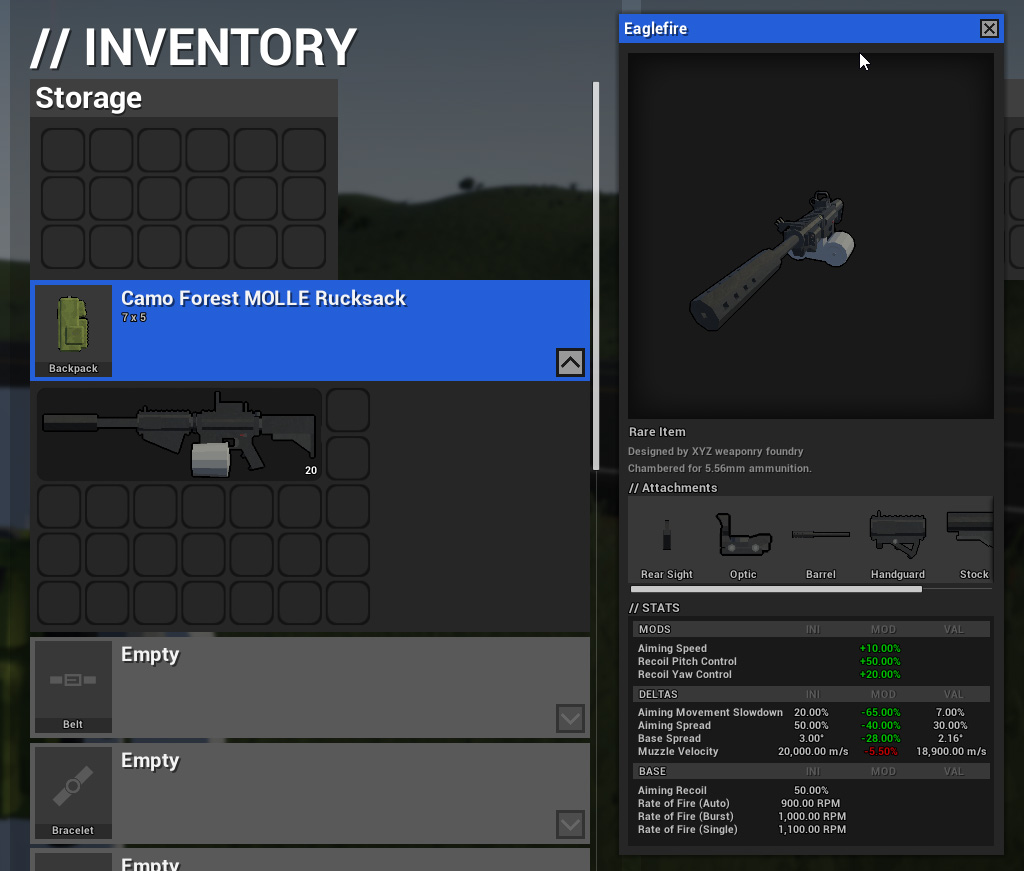 3.x had two separate ability stats systems: one for skills that directly looked up your skill level, and another for guns that allowed specific attachment types to modify specific properties of the gun.

Unturned II's system is far more robust: different stats (e.g. movement speed) are defined, and then stacked on your character, items, etc. Mods or server plugins can also apply custom stats. This allows any attached item to modify its base item, or clothing to affect your character. In this image you can see how the different attached items have +/- stat modifiers on the gun.

I think a cool example of this is your character movement speed. By default you would have a base movement speed multiplier of 100%. Your special sneakers might give you a 5% speed boost making that 105%. After taking an adrenaline shot this is then boosted another 10% bringing it to 115.5%. You then aim down sights applying a 50% slowdown, but your stock has a +50% ADS slowdown boost so it's only 25% setting your final speed multiplier to 86.625%. You can see that in your character stats section, and it all works together without issue.