From Peaks to Germany

From day one I kept a history of the satellite images as the map progressed so we can see what changed!

The first several weeks were spent in a test level creating all the new assets for the map. In the time between making the majority and release there were only 15 unanticipated objects. The nature color palette in particular took multiple revisions before deciding on the mix of dead grass in flat areas and lush overgrowth on hills. I'm still not sure about the transitions between them and it would be nice if the forest ground looked better in the distance. One option I considered is blending it out to a dark green texture based on your foliage rendering distance. 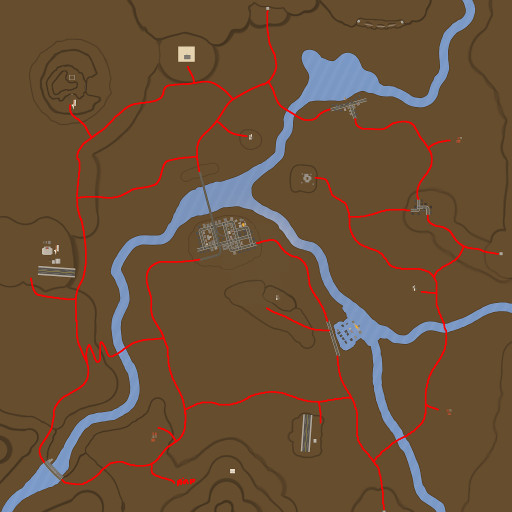 Deciding on a layout for the big city came as one of the first steps (though most buildings moved around slightly) and then figuring out the flow of the map where each location would fit together. I knew this map would be more vertical so from the getgo each location was on its own plateau. 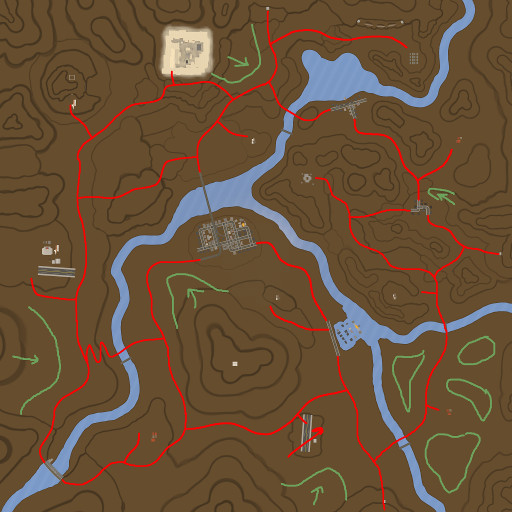 Hills slowly formed. Unfortunately I drew these lines on the original image but it's interesting to compare the planned and final roads. 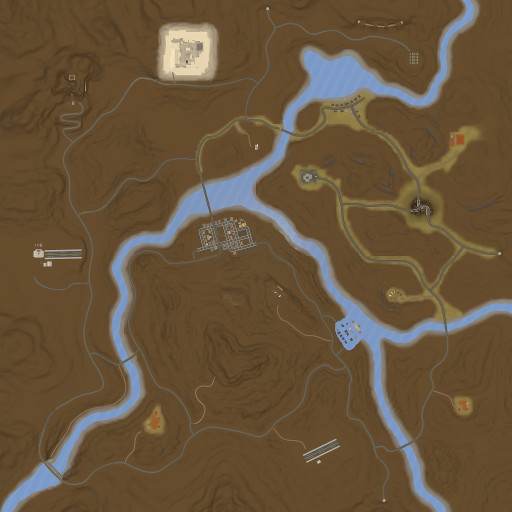 Smoothing everything out was tedious. I also need to bring the road tool over to the devkit because it's ridiculous alternating back and forth. 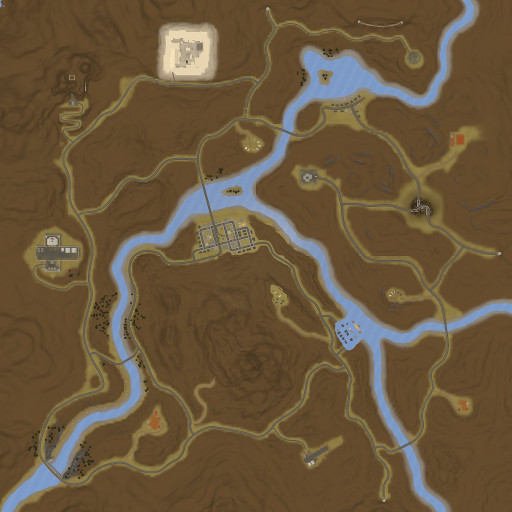 The dam was the first area in the actual map to have the cliffs detailed and set the bar for everywhere else. 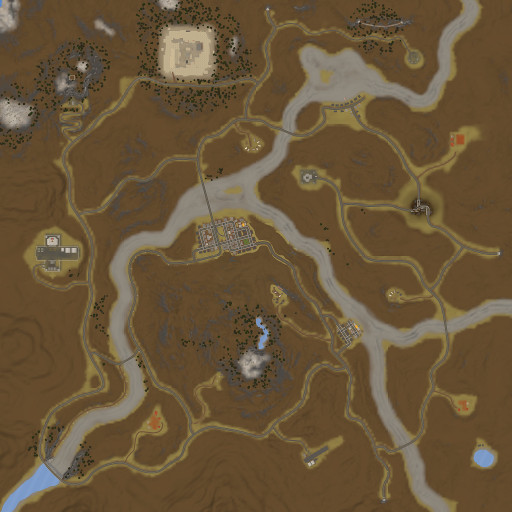 The North-West was the most interesting candidate to start eroding the mountains and painting the cliffs. I added the ramp tool with this in mind. 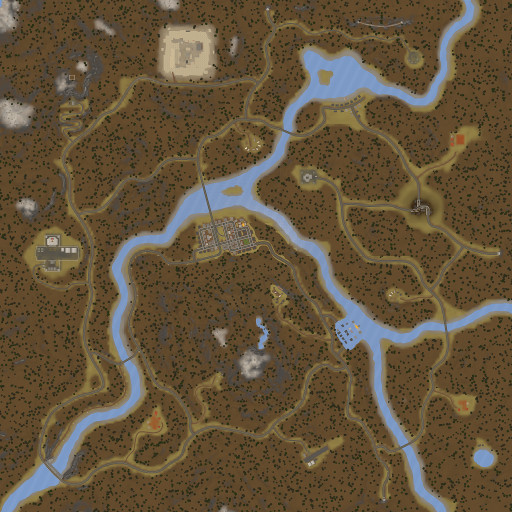 After painting the landscape it was time to get started placing boulders. 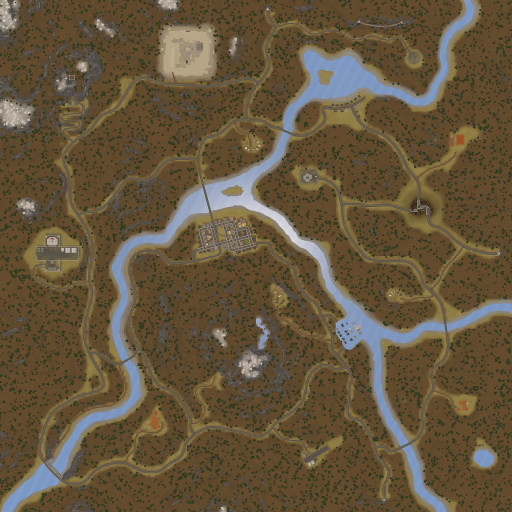 In the end there are thousands of boulders scattered along the cliffs. Brushing on the medium pebbles was fairly quick. 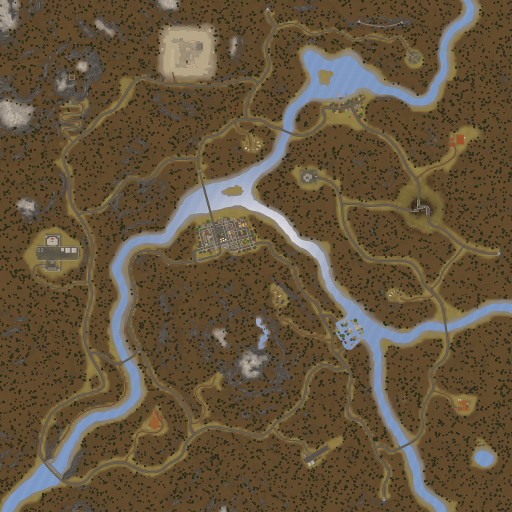 There are many more images of the interiors slowly getting filled in but the differences are very subtle. I think I went crazy adding in all the furniture and repeated details. I wanted the deadzone to have burned trees so I planted birch and maple trees around the other towns. 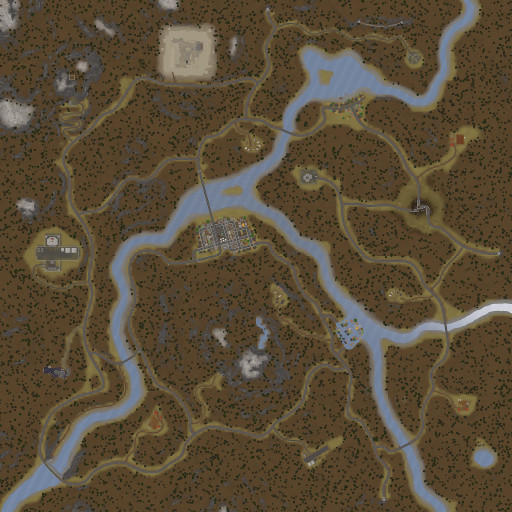 With PEI, Yukon and Russia I knew where I wanted them to be from the start, and Washington was somewhere in the US. Peaks was initially somewhere along the rocky mountains like Alberta, California or Colorado or featuring the Canada/US border, but towards the end settled on Germany. I think this indecision was one of the big mistakes in the map's development. Germanizing it then became one of the last steps. Thanks especially to fr34kyn01535 and Freenex for their feedback there. It included adding German vehicles, changing the road textures, swapping the vineyards to breweries, adding Neuschwanstein, Oktoberfest and the Bielefeld conspiracy. I haven't seen any comments doubting that this map is Germany so I seem to have gotten away with it!