For every update that comes out (relatively) bug free you can bet there were a lot of weird issues behind it! Searching through my files these are the images I could find from various stages through 3.0's development that I don't think I've posted anywhere (e.g. Trello) before. Strangely the majority are either from the very beginning or quite recent (maybe the middle went a lot more smoothly?), but I hope they'll be interesting to see nevertheless! I'll also keep in mind to take more in-progress screenshots in the future.

Here are the images in no particular order:

I remember taking this the first time I tried the multiplayer by connecting the Mac testing laptop with a client/server on my computer. Back then the you could only move around and equip/dequip the preset items. It's likely the earliest in-game screenshot I have. 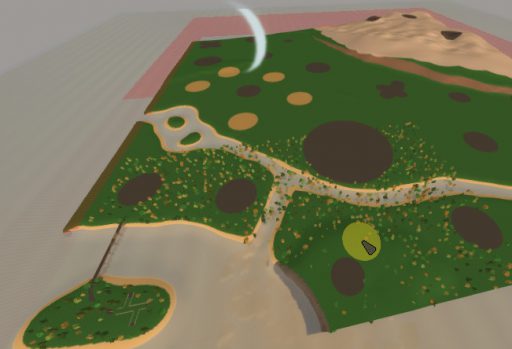 Layout of the Canada map with a few locations marked and sidewalk objects placed. 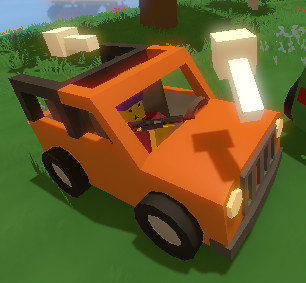 Just like with the airplanes/helicopters the tanks started as a modification of the orange offroader.

A community member and I were talking about the game's color scheme and how 3.0 is a bit brighter than 2.0 which some players don't like. It's not quite as obvious from this image, but it just doesn't look very good having the darker environment mixed with the bright objects, and I think to some degree the happier palette is part of 3.0's character now. From the beginning with the Russia map the colors (all new buildings) are darker however, to give it that more serious tone.

I was quite happy with these first versions of the editor, it'd be interesting to show myself back then how much better it is nowadays. Although of course there is a lot of room for improvement. 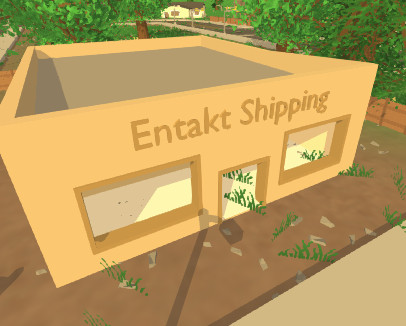 Rather than billboards originally each personality was going to have a business. It also looks like the post office had the grocery store material. 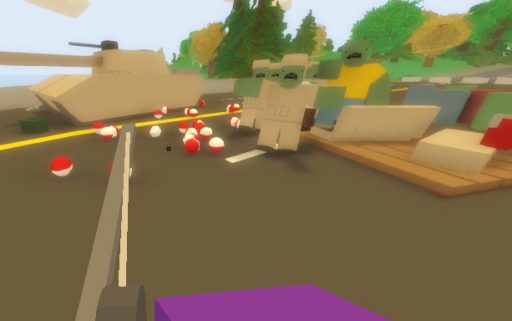 Something went wrong with fishing! It's also embarrassing how misconfigured the bloom was at this point. 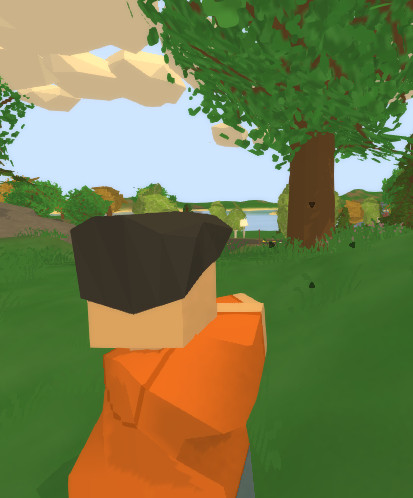 The first version of third person! Hard to believe how much the character model used to get distorted - that was one of the key fixes I wouldn't have felt comfortable adding cosmetics without. 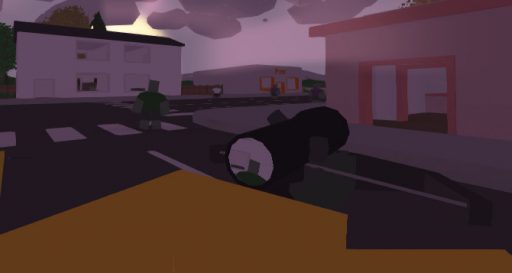 This might have been the first version of the crossbow? I'm not sure. 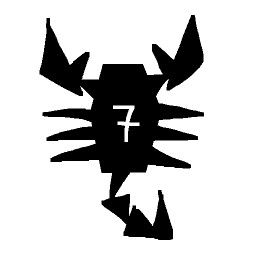 Weirdly enough the Scorpion-7 logo went through a lot of revisions of which I have ~15 on my computer. A community member and I were back and forth on how it might look, aiming for something very angular similar to above.

I hadn't really properly unwrapped any meshes before adding skins because most of the objects in the game only need a few flat colors so it was cool to see the first patterned gun textured. It's a shame this example isn't in-game, if I could go back in time I would make all these sorts of things playtime drops and keep box skins specifically designed for each weapon. 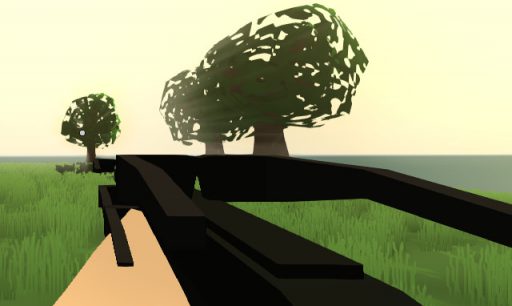 Not 3.0, but back in 2.0 the first attachments were sunglasses. Deal with it? 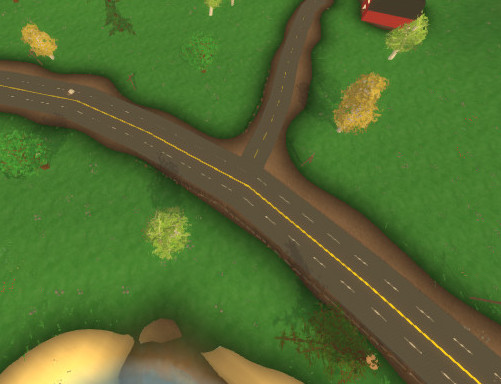 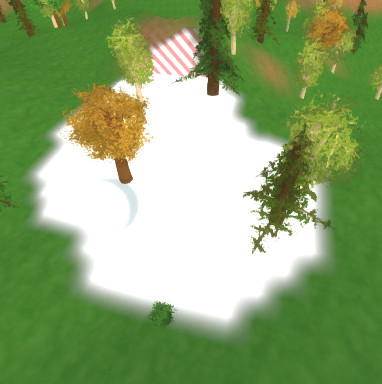 Evidently I ran into some issues with terrain holes at first, but the real problem is collisions on the server. In any future projects I think I'd now roll my own terrain system because the built-in Unity one has been an endless source of frustration.

Someone went a bit overboard with the item physics. Also: Those clouds! 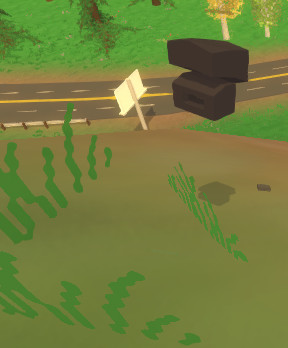 Hit so hard his socks flew off... orr.. hair/beard? 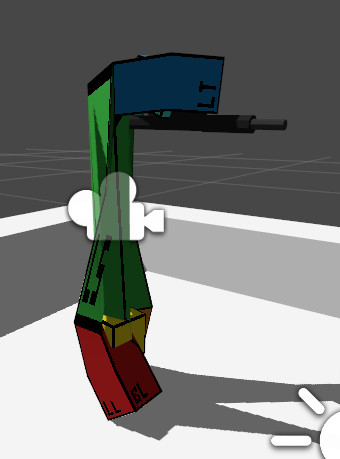 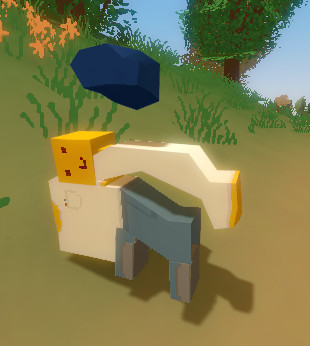 Sometimes the ragdolls/characters still run into some funny poses, but those haven't got anything on these! The biggest issue I know of nowadays is the rare bug where your spine rotates under your legs and your head pops up through your hips, but I haven't been able to replicate it recently after some bulletproofing. I don't remember what the cause was but there was also a bug in the 2.0 Steam release where you could do something to start spinning your spine and skull rapidly. 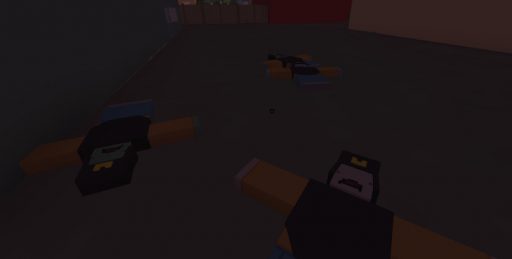 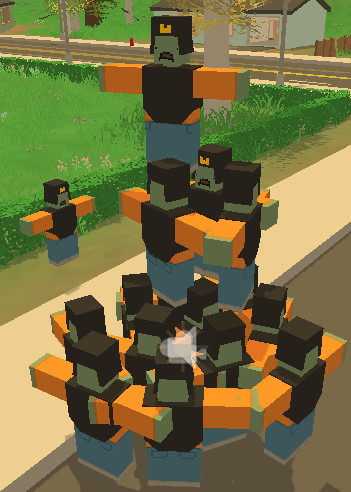 It's bizarre how similar the core of the zombies are now to when they were first added - although there have been a lot of expansions like the megas, crawlers, sprinters, beacons, full moon, etc. Some of the ideas for mutated zombies like the fire explosion and stealth flanker will shake this up a bit I think. Unfortunately I don't have a picture of it but recently I experimented with a muscular zombie model for the megas, so that might get added as well.